Why You Shouldn’t Make Important Decisions After Lunch

When we talk about innovation we need to talk about decision making, because ultimately, throughout the innovation process you’re making important decisions. Certainly, when you’re thinking about which ideas to progress or which to leave behind, you want your decision making abilities to be at their most effective.

Ever wondered why, when on diet and faced with the decision of an apple or Tim Tam, it’s always harder to resist the biscuit in the afternoon than in the morning?  Well, it’s because of a little thing called decision fatigue – which is actually a massive area of research in cognitive science. And the problem is that it affects your more important decisions too.

At the Legal Innovation & Tech Fest 2017, Dr Amantha Imber, Founder of Inventium and co-creator of the Australian Financial Review Most Innovative Companies List, told us more about the concept of decision fatigue and gave us some helpful tools to consciously ensure better decision making processes.

Amantha’s company focusses on what has been scientifically proven to drive innovation. She defines innovation as “Change that adds value,” and she believes that effective decision making is critical in driving innovation efforts forward.

The basic tenet behind decision fatigue is this: the more decisions you make over the course of a day, the worse the quality of those decisions become.

“If you think of your decision making powers like a battery in your brain, you wake up with a fully charged decision making battery. But with every single decision that you make over the course of a day, whether small or big, they all eat away at that battery power. And so by the end of the day your battery is essentially running on empty,” says Amantha.

“If you’re someone that’s making your most important work decisions at random points in the day, you’re basically leaving quality to chance. Decision fatigue causes us to take the easy way out – to chose the path of least resistance.”

To illustrate an example of decision fatigue leading to poor decision making, Amantha refers to a study that that was done with judges. This particular study looked at 1,100 different decisions that were being made by judges in a court of law, specifically focussed on whether or not the judge was going to grant someone parole. It looked at the time of day and how that impacted on the decision. For those in front of the judge at nine o’clock in the morning, they had around seventy percent chance of being granted parole. In contrast, those in front of the judge at about three o’clock in the afternoon saw their chances of being granted parole drop to around ten percent, and that is because decision fatigue had set in.

So how do we dodge the decision making brain drain? Amantha offers some tangible tips for optimal decision making, especially when making decisions in a group setting at work.

Schedule decision making meetings for nine o’clock in the morning. What a lot of companies do is run full-day workshops where they generate ideas in the morning, and then in the afternoon they’ll make decisions.  Instead, break it up into two half days. In the first session unpack the topic and think of the solutions to problems. Come back the following day, stick the options up on the wall and make the important decisions when everyone’s minds are fresh and sharp.

Research shows that we make better decisions when the unconscious part of our brains (our gut and intuition) are stimulated. Amantha suggests employing distraction tasks before making big decisions.

“For five to ten minutes we’ll get people doing something that is very engaging, but has nothing to do with the problem at hand, and then we’ll come back and individually people will make their decisions,” she says.

“You’ve all probably been in the situation where a decision needs to be made and the most senior person in the room goes to vote on their idea, only to have all of the junior people follow suit. We ask people to vote on Post-It notes anonymously and at the same time. Everyone reveals their decision simultaneously and what you then get is a very good idea of the gut reactions and the wisdom of the crowd,” Amantha recommends. 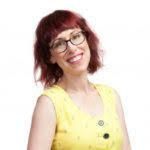 Dr Amantha Imber is an innovation psychologist, best-selling author, and founder of innovation consultancy Inventium. Inventium applies the science of innovation to create a proven way to innovate and thrive. She has worked with many companies including: Google, Coca-Cola, Disney, LEGO, American Express, Virgin Australia, and Commonwealth Bank to help them innovate more successfully. Amantha is also the co-creator of the Australian Financial Review’s Most Innovative Companies list. Her thoughts have appeared in Harvard Business Review, The Huffington Post, Forbes, and Fast Company and she is the author of two books: “The Creativity Formula” and “The Innovation Formula”.

Don’t miss out on Amantha’s full session from Legal Innovation & Tech Fest 2017, where she shares many more valuable tips for effectively making change that adds value.