Legal processes depend on the smooth flow of documents – and the bigger the company, the more work for the legal team in keeping track of these crucial workflows.

With no centralised documents filing system, it was no wonder the legal team at HESTA Super was finding it difficult to perform day-to-day tasks. When lawyer Jorden Lam joined the organisation five years ago, she decided to change all that.

Lam is company secretary and general counsel at HESTA Super, and she shared her experience of engaging staff in adopting a new document filing system at this year’s Legal Innovation & Tech Fest.

The Search for a Tailor-Made Filing System

Lam found there was a problem at HESTA around locating files, how to file contracts, and the process to follow if someone wanted to engage a particular service provider.

“My CEO regularly asks me these things, and as a lawyer I have a genetic defect: I have to know the answer to every question I’m asked. More and more we kept having conversations around what we were doing about contract storage.”

Lam says people generally want to know where a contract is for two reasons:

But at HESTA, the process of locating a contract involved everyone who had a part in its creation, processing and scanning into the intranet. Then there was the issue of versions – was the up-to-date contract the one labelled ‘Final’? ‘Final – Version 2.1’? ‘Final – use this one’? It could take a while to locate the active contract.

“We thought, wouldn’t it be great if we could have all those files in one place?” Lam remembers.

“Wouldn’t it be great if it was more than just a repository? Wouldn’t it be great, now people are a little more aware of legal risk, if we could have an end-to-end contract procurement vendor management system? One where people could be reminded when it’s time to renegotiate on a fee or if we had 90 days before a contract expired. If we could automate all this, then that work gets cut from the legal team.”

With that in mind, Lam called other super funds, spoke to some contacts at banks and to friends in other industries, and posed the same question: Had anyone heard of a contract filing system that handled work flows?

“Everybody gave me the same response, saying it sounded cool, but we don’t have anything like that.”

At this point, Lam recruits her colleague Nikki on her mission, who she describes as a “lawyer, project manager, change analyst comms consultant and friendly neighbourhood hustler”.

“Every successful legal project needs a Nikki. She gets things done. She’s savvy, bold and energetic and unafraid to be a complete pest to all the executives in the organisation. Most importantly, she’s really good at building strong relationships. Because that’s what you need to get things done.”

Nikki introduced the team to Yammer, which Lam describes as “Facebook for work”. Nikki used Yammer to engage staff and spread the word about the contract filing project, now known as Project Justice.

Although innovation requires coming up with great ideas, Lam says the hardest part is driving the cultural change. The Project Justice team had selected a filing system vendor, but ran into trouble because it had not engaged properly with HESTA stakeholders:

“The reason was that we were designing for me,” Lam admits.

Taking a step back she realised ways were needed to engage staff across the company and make them see it was in their interest to get on board with the filing project.

The team started by enlisting executive leadership, which is key to any company-wide project success, Lam says. Each HESTA department was filing documents differently – on someone’s hard drive, on a server, in a desk drawer. The aim was to make filing so easy, so intuitive, that everyone wanted to do it the same way.

Convincing executives that the project was important meant Project Justice could enrol staff in workshops. Some of these lasted a few days, some a few hours.

“We looked at that fine level of detail that allowed the vendor to build the program using staff feedback.”

Then there were the cheer squads, staff tasked with spreading the good word about the new system. These sprang up in Risk and Compliance, Administration and Insurance, Technology, and Marketing and Communications.

“If you build strong relationships across all your business stakeholders, when it comes to something like a change project they are more likely to be on board, to be your cheer squad, and help the rest of the organisation come on board too.”

Key Requested Features of the System

The first of these was drag and drop. Staff wanted to click on a contract and drag it straight into the system. However, the project experienced a hiccup when it failed to realise this needed to work the other way too. Certain teams needed to drag and drop multiple files from the system to an email at once.

None of the vendors had that function built in to their system because of security issues. But it was a requirement, and through working with their vendor, Project Justice came up with a way of achieving it.

The second requirement was automatic naming conventions, the system had to automatically generate a file name. A tool like this is contingent on metadata tags entered with the file, which meant an easy way for entering metadata was needed. The solution was a populated pop up box that appeared when a file was entered. Staff then ticked the appropriate metadata tags for that file.

Lam says Project Justice succeeded through strong engagement and by involving people in the design process.

“As lawyers we tend to work alone. But that’s not how you get projects like this done. It’s important to emphasise that legal services are so easily commoditised these days as guys out there are doing AI stuff.

Lam says when her team took a step back and thought about how to get people to buy in to Project Justice, they realised they needed to emphasis the fun of engagement.

“The biggest part of Project Justice was that it was really fun,” says Lam.

“It was a great way for the legal team to engage with the business, talking to people and helping make their lives easier.” 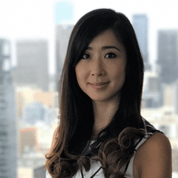 Jorden Lam is General Counsel & GM Commercial Affairs at HESTA Super Fund. In additional to key accountability for HESTA’s legal risks, Jorden is also responsible for developing and leading the implementation of a program of business improvement activities. This includes scoping and assessing the current and desired future state of the organisation’s commercial practices and processes, to identify solutions and improvements to complex challenges faced by the business.